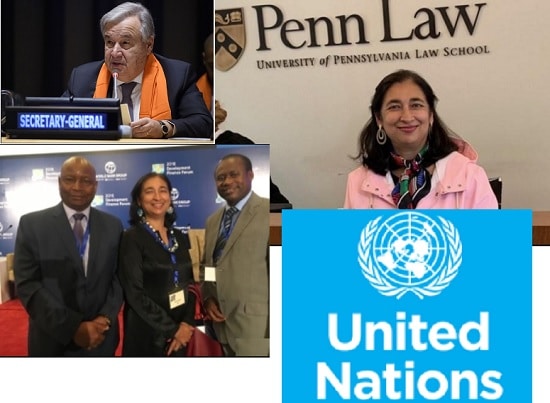 Indian-origin Anita Bhatia is the new the Deputy Executive Director of the United Nations. She has been appointed Gender Equality and the Empowerment of Women (UN-WOMEN). Resource Management, Sustainability and Partnerships are assigned to her.

In past, Ms. Bhatia lead many teams, which including Head of Business Process Improvement, Global Head of Knowledge Management and Head of Change Management. Apart from working in Latin America, she also worked in Africa, Europe, Central Asia and South and East Asia.

While working on different positions for the nation, she focused on institutional effectiveness, enhancing sustainability and impact through strategic partnerships. Though, she has very nice working record and becomes a prominent personality in UN.

Ms. Anita Bhatia worked in World Bank Group, serving in various senior leadership and management positions. She worked many times in headquarters as well in the field also. She played an important role to ensure strategic decisions between institutional priorities and resource mobilisation across the group.

Anita Bhatia appointed as Deputy Executive Director of the United Nations. It happen in less than a week after Guterres appointed decorated Indian Army officer Lieutenant General Shailesh Tinaikar in South Sudan as his new Force Commander of the UN Mission.

Previously, Lakshmi Puri has served as Assistant Secretary-general of the United Nations and Deputy Executive Director of UN Women. She is the Indian diplomat and a gender equality champion, has worked in many fields.

She always supports women owned businesses in order to lift up women in the community. However, she supports many other fields also which include gender equality, financial inclusion, conflict affected States and list goes long.

While leading the role for Director of Partnerships and Advisory Operations, she also supervises risk management, financial management, knowledge management, portfolio management and learning for Advisory Services across the globe.

Will Trump Govt Ban work permits for spouses in USA?
Women will get good Bonus if they wear skirt in this company