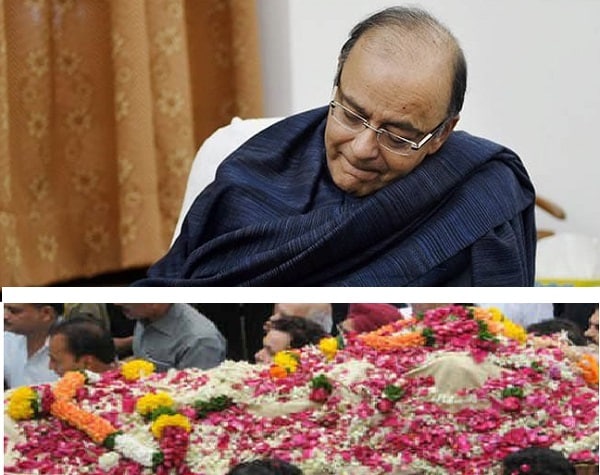 Arun Jaitley was rushed to All India Institute of Medical Sciences on 9th August 2019, When he complained of breathlessness and restlessness. Jaitley was key member of Prime Minister Narendra Modi’s Cabinet and lawyer by profession.

Many times he acted as the chief troubleshooter of the government finance and defense portfolios for the nation.

Ministers and Celebrities reactions on Shree Arun Jaitley demise: Bollywood celebrities and ministers have taken to social media to pay their grief and respect to the great Indian leader.

@Mprasoon1729 tweet,”Heard somewhere…AIIMS doctors were appointed during Congress time…and we have BJP leaders going down.. coincidence much?!!!??