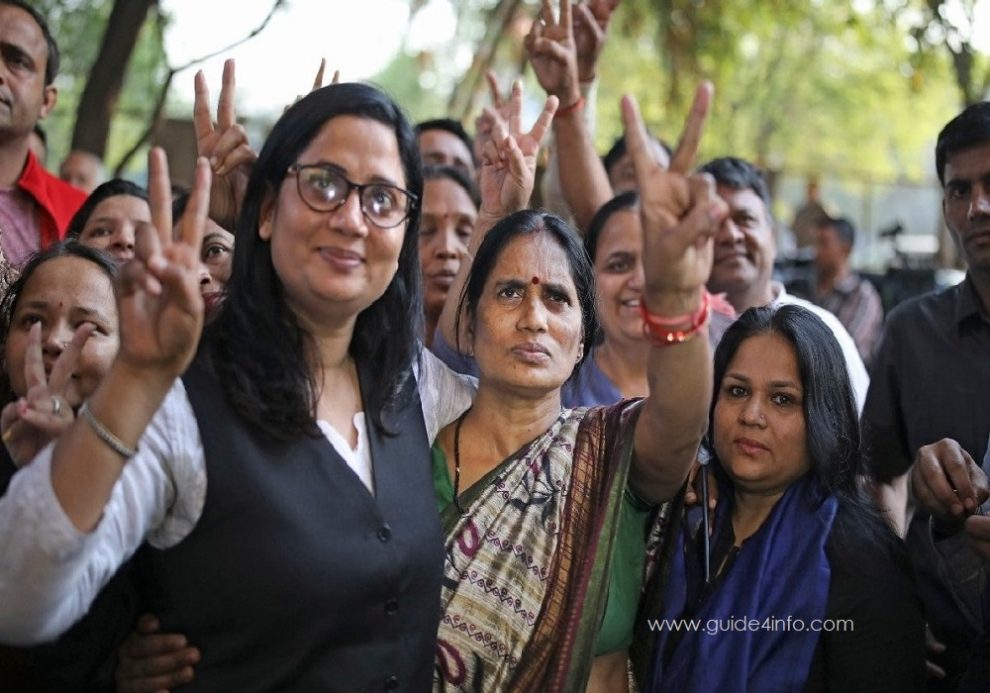 Big Salute to Supreme Court Lawyer Seema Samridhi Kushwaha for the victory of Nirbhaya case. AP Singh, the lawyer of four victims tried their best to protect the victims. But that’s the reason to delay this case up to 7 years.

Nirbhaya case victims Mukesh Singh, Vinay Sharma, Akshay Thakur and Pawan Gupta hanged in Tihar jail on 20th March 2020 at earlier morning on 5:30 am. This news spread across the world life fire. Six people were involved in the rape incident happened in Indian capital Delhi in 2012. Out of these six convicts one was died in the jail, One convict was released in 2015 after serving three year jail as he was young, rest four had been hanged till death this morning.

Who is Seema Samridhi Kushwaha

What Seema Samridhi Kushwaha said after the rapists hanged

Seema inform to media that she is feeling relaxed after Nirbhaya got justice. We need to improve our Justice system as we see huge delay in this case. The Opposing side lawyer AP Singh was also strong becuase he kept creating issues and delay by various ways. But court also suspect that opposing lawyer only wants to delay this case. The victims also filed petitions in the Supreme Court to convert their death warrant into lifetime imprisonment. But the top court rejected their petitions in this case.

Our justice system need to improve as this type of cases should not take much time. This will help to reduce the crime in our country. And girls like Nirbhaya will not become victims.

She was boarded into the off-duty bus at around 8:30 PM(Indian standard time) on 16 December 2012 with a male friend. Both of them returned home after watching movie from upscale mall. The six men attack the couple, beat her male friend and rapped her. These six people threw them out of the bus naked body and bloodied. Some passer by people found them and called the police.

Four rape victims had hope till Thursday (19-03-2020) that they will be released and they were kept asking police and lawyer AP Singh, if they have any updated news from court. But it did not happen and finally they hanged.

All four rape victims cried a lot when their hands were knot with rope and request to police to leave them.

Jyoti Singh, the mother of Nirbhaya appeal to people to celebrate this day as Nirbhayaday or NirbhayaDiwas.

A big thanks to Lawyer: Seema Samridhi Kushwaha from Guide4info team as well. She helped a lot to Nirbhaya parents in this justice, without her help this was not possible.

Good Reading: Every girl must be brave like her, take stern actions so that no men will do like this.