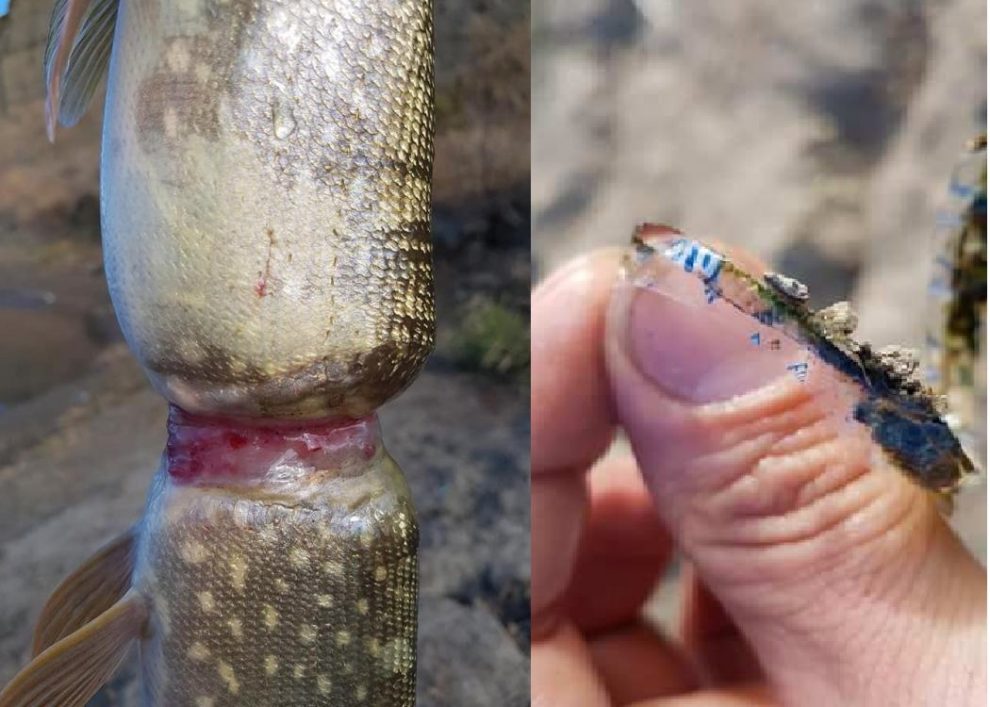 Adam Turnbull shared an image of the deformed fish he caught in the Saskatchewan River in Alberta, Canada, with the caption: “Pick up your garbage!

A Canadian angler’s photo of a fish growing around a plastic drink wrapper has shocked social media users around the world.

“This is a Powerade wrapper which takes up no room in your pocket until you get to a garbage can,” he wrote

He added the fish “bit and fought as it should”. He adds “It was very much alive and release to hopefully have a chance”.

“Once I removed the plastic it took off like a dart. I’m sure it’s gonna thrive now if it was able to survive with it.”

He believes the plastic was “likely tossed on the road, then blew into the river”.

“Littering on any level is unacceptable,” he added. “I just want people to know something as small as this can have a devastating impact on the environment.”

Garbage on the shore : Reason for Deformed Fish

He encouraged others to share his photos to raise awareness about looking after the environment. Also avoid to throw any garbage in the rivers, oceans for the better environment.

Though the photo provoke a strong reaction on social media, with one replying: “That’s incredibly sad.”

Col Palmer wrote: “Takes one second of your time to place your trash in a bag and remove it! How would you feel if you had a load of rubbish and trash dumped in your kitchen?

Adam Turnbull has mention on the Facebook “Pick up your garbage. This is a Powerade wrapper which takes up no room in your pocket until you get to a garbage can. Please share!
Never thought this post would hit 10k shares. Thanks to everyone who look at this post as it was meant to raise awareness and that it has”.