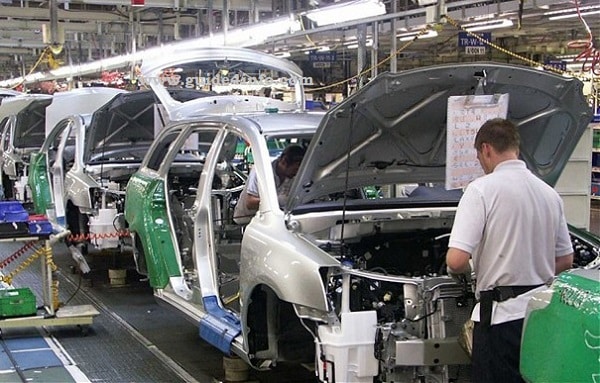 Tata Motors Managing Director reveals that in the midst of theconomic slowdown, India’s auto industry is going through a tuff time. For the last 10 months, sales of many big auto maker companies of the country have declined, while production has also reduced.

Not only this, lakhs of people have lost their jobs in this industry. Meanwhile, Gunter Buscheck, who holds the post of CEO and MD of the legendary auto maker Tata Motors, has made a big statement. Gunter Buschek has said that the story of the development of the auto industry may soon ‘collapse’.

Tata Motors CEO Gunter Buschek said that the auto sector is witnessing a sharp decline in sales due to weak consumer sentiment and lack of cash. Apart from this, there are some factors, due to which the growth story of the industry is on the verge of collapse.

Read: Everyone is doing These common resume Mistakes

However, at the same time, Gunter Bushek hoped that the auto industry could be cautious with the announcements made by the government in recent times. However, the road ahead is challenging. It seems that the story of the development of India’s auto industry is about to end.

The statement of Tata Motors MD comes at a time when the company’s car sales are steadily declining. The latest figures from Tata Motors show that domestic sales of passenger vehicles fell by 58 per cent in August.

The company sold only 7,316 vehicles in the previous month. Whereas in the same period last year, the company had sold 17,351 vehicles.

Will the auto industry boom in India? Nitin Gadkari gave these 4 signs:

Union Road and Transport Minister Nitin Gadkari has assured all possible help from the government to the struggling auto sector.

Nitin Gadkari said that his ministry will start 68 road projects worth Rs 5 lakh crore in the next 3 months to increase the demand for commercial vehicles.

Gadkari said, “The auto industry demand that tax on petrol and diesel vehicles should be reduced. Your suggestions are good. I will convey your message to Finance Minister Nirmala Sitharaman. “He said that if GST is reduced for some time then it will help.”

Gadkari said that he will discuss with the Finance Minister about the export promotion scheme for vehicle manufacturers too. As he did for sugar industry also. Nitin Gadkari also suggested auto companies to start their own financial companies to increase sales.

Nitin Gadkari said that the announcement of 68 road projects up to Rs 5 lakh crore. Which will be release in the next three months. However, This will help increase the demand for commercial vehicles. In this regard, we have acquired about 80 percent of the land. The auto industry will directly benefit from these projects.