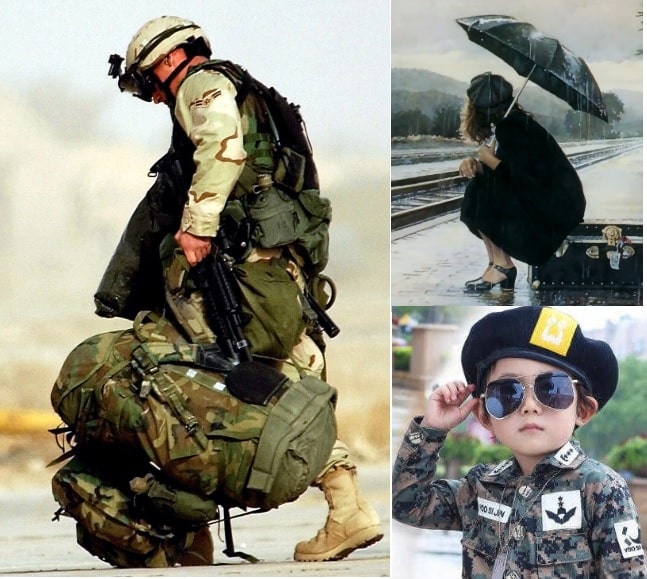 Why soldiers are prepared to sacrifice their lives? Soldiers are the only people who’s always at their work, whether, its holiday or anything else. Whatever the situation are, they always on duty from protecting our country from the terrorist at the border or working in minus temperature at mountains, also help us in floods or any other natural disaster. They are always ready, ready to work.

Soldiers never demand anything or never go on general strike. They are always happy in any situation. Soldiers live for us and never die. Soldiers protect us, help us. They better know if we (soldiers) will go on strike, Who will take care of these people. Who will protect them from the terrorist, who will make them happy. Actually, Soldiers are the one who doing their duty selfishly.

Related: Apply for job in Gulf Countries for Free Visa

And when it comes to sacrifice, they better know the meaning of sacrifice. Sacrifice of home, sacrifice of family and then sacrifice of their life. They don’t fear for anything. After all these sacrifices stills they are smiling. Because they better know if they smile, we will do the smile and stay happy.
Soldiers life is not easy but tougher, because sacrificing life is not a game. It’s about taking care of all responsibilities. A Soldiers have only one aim in their life – I will protect my country till my last breath. And that spirit, not everyone, has.

Soldiers are Always on Duty:

Once a soldier on duty call to his newly married wife and promised that he will be with her in next Diwali festival. Gradually days passed and Diwali day almost arrived. Wife called to Soldier camp to check if he is able to get vacations or not but no one received the call. She tried again but still no one respond. She holds the phone in her hands and thinking something. Wife thought to try again and this time one Soldier picked up the call and said,”its emergency and can’t connect you with the respective person” and call dropped. A wave of thought coming to her mind, What happend?. She started thinking that he promised her to meet on Diwali festival and suddenly don’t know what happend. After some time, her phone rang, and she heard the brave voice, He replied,”Yes Darling, There was some issues So I have to leave in an emergency.” But now situations are under control, Also my vacations are approved and I will come home soon.

And Finally Diwali day arrived. She again called to his brave husband to check, where he reached? He attends the call and said in a serious note,”talks to you later”. And she heard some sound also. Again she worried that what happened now.

At Evening, the Brave Soldier arrived home and hug his wife. However, she was waiting for him through out the day. She asked him, what was happened because on call she heard some strange sounds also.

Read: Why India can not be a Super Power in the world?

Wife cried too much to hear this and said, “you are serving the people even after your duty too? Soldier replied with a smile on his face,”Soldiers are Always on Duty.”

If Soldiers can do so much for us, then we also have some obligation to do something for them. Salute to All Soldiers, Jai Hind!!