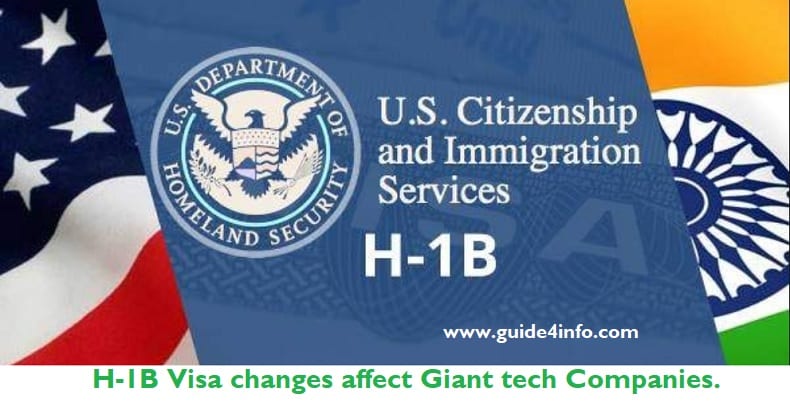 April 2019 is good for H-1B Visa as applications window opened on 1st April 2019. There are many giant tech companies, providing H-1B Visa to workers around the world. As per CNBC reports tech companies, including Microsoft, Google, Amazon, are among the top 30 employers in the United States with the highest number of H-1B approvals. But the approval process of H-1B Visa become more costly and taking more processing time under the Donald Trump Administration. Which is a not a good news for all the professionals including Engineers, doctors, researchers around the world.

H-1B Visa is the popular programme to allow Indian technology professionals to obtain temporary authorization to live and work in USA.

The skill workers now turning to Canada for finding employment as high rejection rate of H-1B Visa in United States of America. They all are looking for work stability and new opportunities in their career.

Read: These people can help you for jobs and Career guidance

However, in recent days, many American media outlets publish stories that skilled foreign workers living in the USA who already either moved to Canada or looking into their Canadian immigration options.

Only 85,000 H-1B visas are given annually out of hundreds of thousands of applications. According to United States Citizenship and Immigration Services, 20,000 slots reserve for master’s degree candidates.

The Donald Trump Administration may bring more changes next year, pre-registration process will be one of them. In this process, employers will fill online form for the candidates they want to submit for the H-1B Visa. Employer can fill the petition for approved candidates. As of now, employers have to fill the petition for approval for each candidate, whether they are selected or not. This will save companies a lot of hours and efforts. Some experts say that this program can create issues for foreign nationals, who are waiting for the selection.

If you are applying for Express Entry in Canada, then you don’t require a work offer from the employer. In express entry, candidate awards points for various factors including education, language, age and skilled work experience. This system name is Comprehensive Ranking System or CRS. A rank is given to candidates depend upon their CRS factors. And high rank candidates are invited to apply for Canadian permanent residence.

Three Indian-origin consultants held in USA for H-1B Visa Fraud. These people are Santosh Giri from of San Jose, Kishore Dattapuram from Santa Clara, Aswapathi Kumar from Austin, Texas. According to a report, Kishore Dattapuram is 49 years, Aswapathi,49 and Santosh Giri is 42 years old operating Nanosemantics, Inc. Which is based in Santa Clara and providing placement services. They usually assist foreigner professionals for the placement in Bay Area in California.

The police arrest the defenders from their residents last week but later released on bond.They are next schedule on May 13 to appear in the court.
If they found convicted, they will face a maximum sentence of 10 years and a fine of $250,000.

Struggle for H-1B Visa in the United States:

Vraj Parikh, the native of Gujarat, India, is a software engineer and working in Paypal in the United States. There are lot of job options for software engineers in Foreign countries. He has done his master’s degree in computer science from Indiana University. Due to changes in H-1B Visa process, Vraj Parikh is facing many issues, The USA government reject his applications twice. He still has third chance to apply and opt for H-1B Visa 2019. If he rejected third time also, he still would have option to apply for employment authorization under his green card application. But that process takes lot of time and money as well. However, he is currently living in the USA with his wife, who is USA citizen. Parikh is still eligible to live in the USA but if he did not get work visa or authorization, he will not be able to work in the country.

There are a lot of candidates like Vraj Parikh, who serve the USA with their services and now they are facing such issues. They are expecting that USA government will solve their issues and allow them to work further for the nation.

Must Read: Hurry! Apply to these Gulf job consultants for job,