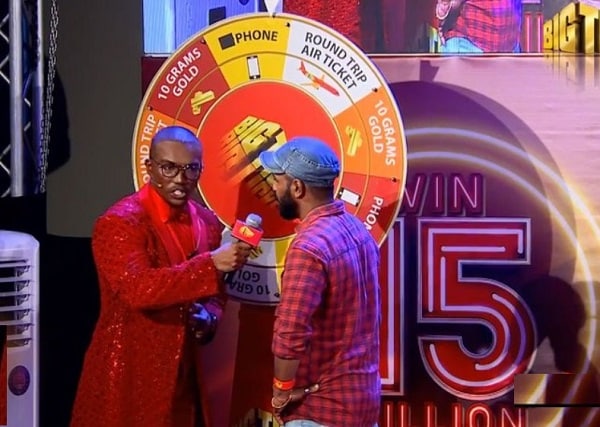 Big Ticket Series 206 for 15 Million dirhams results declared on Saturday and here is the list of winners.

First winner of Big Ticket Series 206 is Mr. Vilas Rikkala from India, won Dh15 million ($4.08 million) prize. Though, he is a farmer from Hyderabad and borrows money from his wife to buy raffle ticket.

The Lucky ticket for Vilas is buy by his friend Ravi from Abu Dhabi, having lucky ticket number 223805 at the Abu Dhabi Airport Arrivals Hall. Read more, how Vilas Rikkala become the first Big Ticket Winner?

Sopna Nair, who was the winner of Dh12 million on July 3, help the Big ticket team to draw the winner. Richard, host of the Big Ticket draw inform Vilas Rikkala that you are the winner of Big ticket.

“I am very happy, Sir,” Rikkala inform to Big Ticket Officers on the phone.

The second winner is Afrah Suleiman Ahmed from Somalia having lucky ticket number 243404. He got Lucky prize worth Aed 100,000 ($27,226). Suleiman bought his lucky ticket from duty free store.I

Forth winner of Big Ticket Series 206 is Sowmia Thomas, Though he is from India, buy the lucky ticket from the official website of Big Ticket. Sowmia won big prize worth Aed 70,000(13,41,470 Rupees) and holding lucky ticket number 056607.

Fifth big prize winner is Ashoka Shetty with Big Ticket number 118212. Ashoka Shetty is the winner of Aed 50,000 (9,57,771 Rupees). Though, Ashoka buys this ticket from the official website of Big Ticket.

Sixth prize winner of Big Ticket Series 206 is Alberto Bicol from Philippines. Alberto is having lucky ticket number 069219 and won big prize worth Aed 30,000 (5,74,382 Rupees). Bicol buy the lucky ticket from the website.