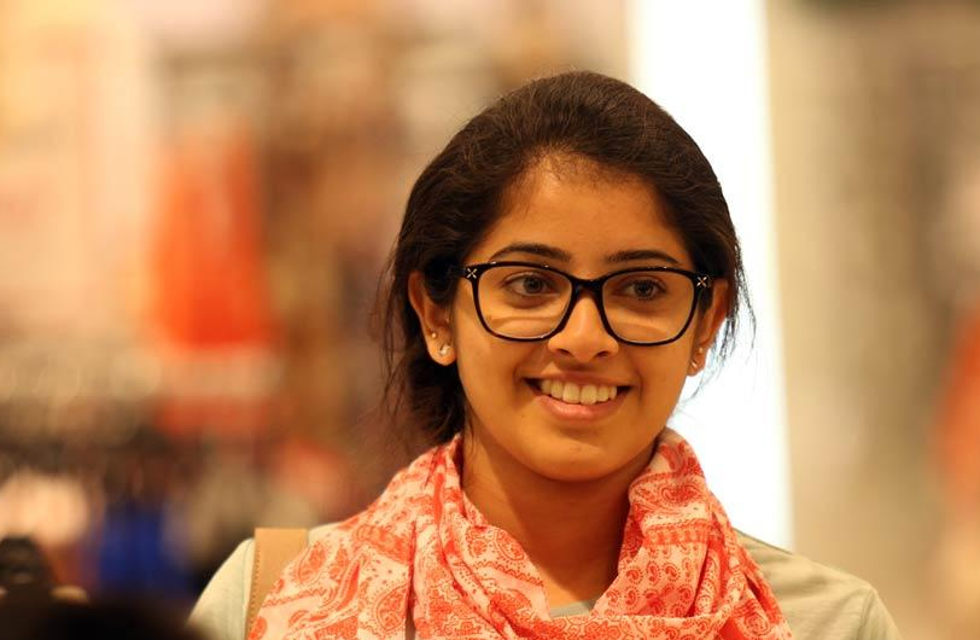 She won a fortune of half kilogram gold in the Akshaya Tritiya raffle draw. However Aima making more money than the combined payment she receive for acting with superstars Mohanlal and Nivin Pauly in two recent block buster movies. She play notable roles in recent films Jacobinte Swargarajyam and Munthirivallikal Thalirkkumbol.

Aima is an MBA student of Manipal University, Dubai hit the jackpot yesterday. Her lucky raffle coupon number 086330 select among thousands of coupons drop by fortune seekers at Malabar Gold and Diamonds raffle. Though many Indians purchase gold on April 28 in anticipation of more prosperity and fortunes on Akshaya Tritiya. The actress won half kilogram gold out of 30 kgs of gold on offer from April 19 to May 6, 2017, as part of the Akshaya Tritiya campaign.

Though talking to Khaleej Times, Preethy George, mother of Aima Rosemory, whose name was written on the raffle coupon says, “I am excited about winning half kilogram gold after buying gold and diamonds on the day of Akshaya Tritiya. We had purchased gold using the promotions and had dropped about 30 coupons. We get information by Malabar Gold about winning the raffle.”

“I was about to throw away the raffle coupons that we got from the Malabar Gold and Diamonds showroom in KM Trading Center, Rollah Sharjah. Like many others, who purchase gold in anticipation of fortune. Also we purchase gold on Akshaya Tritiya and utilize the raffle opportunity,” she further tell.

Preethy adds that her daughter getting into films was also a stroke of luck. “She is a dancer and participate in many dance programs. She got an important role in Jacobinte Swargarajyam and Munthirivallikal Thalirkkumbol.”

“However there are many movie acting offers from Malayalam. And other language movies but for the time being she is focuse on completing her MBA. She has a twin sister who works for Sharjah International Airport. Also we feel happy about our daughter who is born and grow in the UAE.” Preethy inform Khaleej Times. The family has been living in UAE for over 25 years.