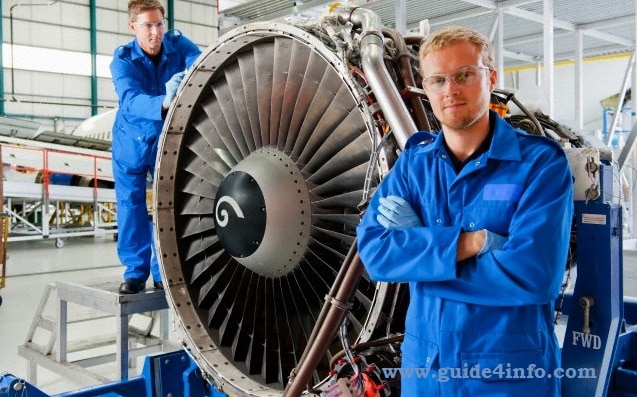 Someone has said, “Aviation is the branch of engineering that is least forgiving of mistakes.” Flying an aircraft is more than a sport and more than a profession; it is pure passion and desire, which fill a lifetime.

I, along with my team design radio Controlled aircraft’s for different national competitions and workshops. With this article I’m giving small introduction about parts and designing of Aircraft’s.

When we see an aircraft all we see, and we know are two parts only namely wing and cargo (where passengers sit). But the basic exterior parts precisely include Wing, Landing gears and the fuselage (cargo) which is having three sections.

Along with this there are 3 control surfaces which help the aircraft to glide in 3 different axes.

How this young boy is earning Millions Dollars at the age of 19 years?

Before knowing use of each component of the craft, it is necessary to understand 4 aerodynamic forces that determine the performance of aircraft and they are:

Thrust and Lift are useful forces and they overcome harmful effect of rest 2. Thrust is the forward moving force and drag force opposes the motion due to air pressure. Lift force provides lift to aircraft, but self-weight pushes it downwards due to gravity. Hence thrust>> drag & lift>> self-weight.

The wing is the most complex structure to design and its possible shape could be rectangular, tapered, semi tapered, elliptical or the delta wing. Each shape has its own advantages and disadvantages. Inside of it there is number of aerofoils which determine lift the craft will produce.

There are more than 1 lac aerofoil available from which we must select one for designing. It also has another specification like its camber, thickness, shape, etc. which are to be studied before designing. The wing has one control surface called ‘aileron’ which turn/flip aircraft in desired direction while in air.

Now the fuselage is the section where the most weight is exerted. It has three sections as I earlier said. Of them Nose is front section which could be of three possible shapes which again have its advantages and disadvantages.

Study in Germany with So many scholarships options

The mid-section contains the weight, and the rear section is empennage which is of 16 types. Of them 4 are widely used and they are V-tail, T-tail, Conventional tail, cruciform tail. Looking at design constraints, we need to select one.

However, a tail could also have aerofoils in its structure, but that is optional. A tail has 2 control surfaces namely Rudder and elevator. I must mention here that tail is in again 2 sections: Horizontal tail and vertical tail.

Landing gears are the wheels of the craft whose position and strength are extremely important when it comes to take-off and landing. There are also types based on its position.

By now you must have known how deep this thing is and might have gained some knowledge too but guys this is just a bird eye view, there are a lot of terms and interior structures I haven’t even mentioned and are crucial in designing.

Also, that includes a lot of theoretical calculations too. The knowledge of Fluid Mechanics, Applied Mechanics, SOM(strength of Mechanical), TOM(theory of Machines), IC(internal combustion) Engine, Material Science and mathematics is tested in aerodynamics.

After studying all this stuff, we design craft in few known software’s like Solidwork’s, Catia, XFLR5.0 and analysis in Ansys. XFLR is the software specially designed for Aircrafts in which we can exert several forces and get graphs of various parameters. Each part is to be designed separately and assembled in the end.

Below image will help you to visualize the theory. Once you enter in it.

you’ll find it more interesting and there exist career opportunities too.

All the knowledge required for designing and manufacturing of Aircraft’s is not available in single book or website. You’ve to search, join forums, read a lot and then you’ll get some idea about it.

I’ve attached the video of our first successful ‘Air show’ here before which our seven models badly failed. I’m sharing this stat because one must know this field requires burning desire, resources and a lot of money along with time and manpower.

Also, here is Our Aircraft video, watch and Enjoy. If you like this article, please share it with your friends, students. They will get a lot of help and guidelines. Students can give presentation on this topic in their college.

Content credit: Mr. Siddhesh Borkar from Dhule, Maharashtra, India. He is a Student, Blogger, Campus Ambassador with TPO, Electronics dept head of Aero-Designing team ‘Aerofalcons’. For any help or information related to this stuff, feel free to contact me at my LinkedIn Profile.